Maynard needed to create new budget transparency to help town officials and residents better understand how money was being spent, and how the budget would impact their day-to-day lives.

When the Board of Selectmen of Maynard set their priorities for what they wanted to achieve in the coming year, budget transparency was high on their list. To Greg Johnson, that meant communicating finances in a way that made sense to the average person.

Johnson says, “I collaborate with the Finance Director a lot and we mostly work in spreadsheets. The finished product is usually bland and not easily translatable to the general public.” As a forwardthinking leader, Johnson knows the budget is about more than just numbers and columns. Every line item affects the community he serves and he wants tax-payers to have a clear understanding of the town’s finances.

“The budget alone doesn’t always tell the full story,” said Johnson. “You need to be able to show how that budget impacts the potholes on the roads, or the local events in town.”

Last year, town officials applied for and received a Community Compact IT Grant from the state of Massachusetts to implement an Open Budget solution that gives citizens access to fiscal information in an easily understandable format. They used the funds to purchase a subscription to ClearGov.

Now stakeholders and residents have access to a dynamic dashboard of the town’s finances presented in an infographic-style format. “Until now, it was likely unclear to the average taxpayer how their money was being spent,” said Johnson. “Our residents want to be able to see the return on their investments. ClearGov translates our financials into a nice graphical format that allows us to speak to what’s on the spreadsheet.” 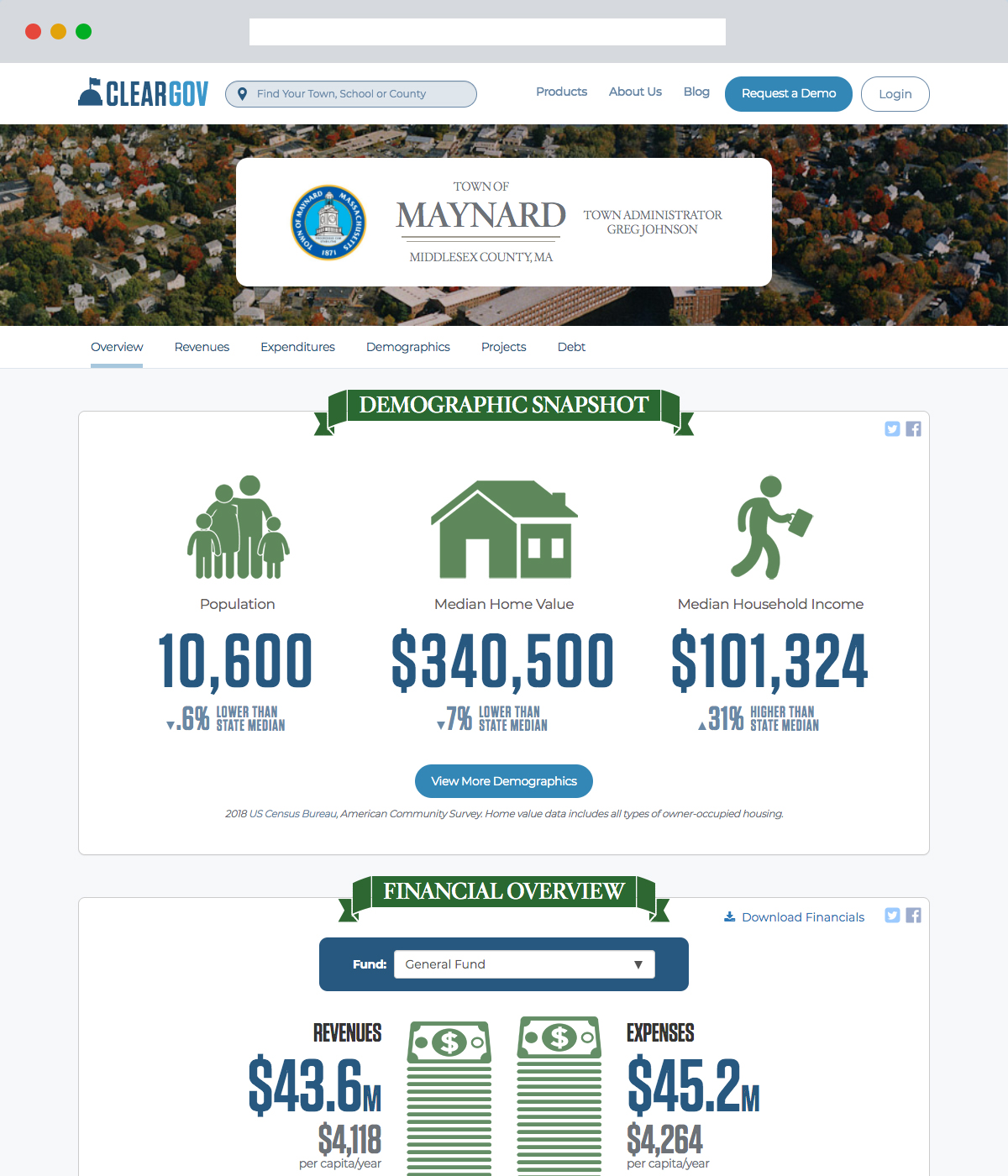 Johnson says the Board of Selectmen and other elected officials are pleased with Maynard’s new Transparency Center and they’re excited about ongoing enhancements to the platform. They especially like the way they can customize peer groups to compare their spending to similar communities.